Not having even 2 months been passed since 2020 have WEEEE been so devastated.

Life(ves) on earth have been so doomed. Have you noticed it yet?  Have you noticed yet your life(ves), your world(s), your universe(s), etc. is(are) getting spirally, vortically, worse? I have. I definitely have.  In 2016, I remember, the time I still care to write Chinese (mainly because I care so much about my shit English), I wrote a Chinese story with a theme “I’d rather have this shite 2016 passed and gone, and let me have a new year".  In 2017, I remember, I wrote another Chinese story with a theme “the world(s) in 2017 is(are) so shit that I rather have a VR machine taking us all back to our conscience 20-30 years ago so that we can kill ourselves and/or each other en-masse". In 2018, I definitively remember, I stopped writing any story no more. I just wrote down some pieces with a theme “life(s) for the past decade is(are) so shit that I can’t even find a tempo-space point to land even were I having a time machine".

In 2020, I even stop writing Chinese (mainly because I just don’t care anymore how shit I am in English*).

In 2020, I even don’t mind anymore watching TVB with my wife.

In 2020,  I even stop sharing what book(s) I am reading in Twitter. I used to share it on our assumption that while it’s a show-off I may influence somebody to make them less a banana.  In 2020, I have come/jumped/been dragged to a conclusion that (1) reading a book cannot be a show-off, especially when I haven’t read enough to do so. (2) no way can I influence anyone to be less a banana. Trying to do so with what I read is more doomed.

Still, I can tell you here I am reading Thus Saith Zarathustra (by Nietzsche) and Infinite Jest (by David Forster Wallace). Thank you first WordPressers.  Some of yall introduced the two books in your post(s), so I decide finally I read them.  They are good read because I simply don’t know what they are talking about most of the time. I can only feel the universe(s) the authors (both) created is(are) so crazy, so illogic, so stupid, that nothing can I share anywhere as a show-off. Even less so a media to influence others.  I just say…

If you read it, you’ll read it.  Reading more you understand you don’t choose your books to read. They’ll find you.

In 2020, I even stop sharing what new movie(s) have I watched. Because the answer is zero.  I have to be honest that I don’t really enjoy watching new movie(s).  I did watch some old ones (like Eternal Sunshine of a Spotless Mind). I used to care so much being called “NOT COOL" that I got myself in denial what/where/who I love just because people say loving them is “NOT COOL". So I was long time in denial of how I feel about Kirsten Dunst 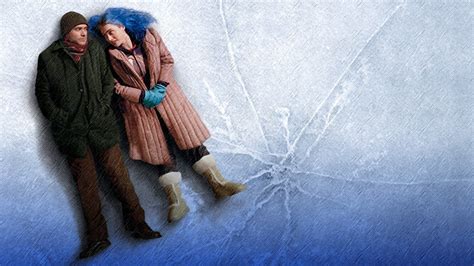 Thank you Alex Edelman’s (I enjoy his show(s) a lot) comedy show. That I finally enjoy being “NOT COOL" as I am fundamentally “NOT COOL" no matter I am in denial or not.

I watched the above old movie simply because it’s in Netflix. I am a lazy Netflix watcher I just watch anything on the first page.  I don’t know why one day it was on my first page. So I watched it.  Regarding Netflix, I am also watching some others.  Dear White People S2 is still good. I like its Jazzy-montage flow. I like its background music. I like its “seem serious about Black issue but in fact say nothing at all about it".  End of the Fxxking World S2, still good, esp. the old-school music. But not as good as S1 though. Hip-hop evolution is good. I like the drawings. I really enjoy hip-hop now, though most of the time I don’t hear what they say in lyrics. But definite like poems. I particular enjoy Nas and Lil’ JON:

In 2020, I am old now. So I also enjoy Country Music. Even more so than Rock music. Esp. I already abandoned my guitar for long. Rhiannon Giddons. A must listen. She is a bittersweet to me:

I hope you will cry too.

Like I say, I/you/we/they/he/she/it cannot tell which from which anymore.

* Note. Thank you very much a twitter who said in 2020 she likes reading my Chinese. I’m thrilled you appreciate them. But, I hope you understand. Since you were gone, my readers have been more multi-cultural. More and more so. I guess most of them cannot read Chinese. And I think they rather read my English, no matter how shit it is.