Going to Vietnam with my Uniqlo cotton hoodie always on was quite an experience. I have never known Vietnam can be so cold (17 Celsius to 24 Celsius. A further 6.5 Celsius drop in Ba na Hill  due to troposheric altitudinal release of air pressure….Geographic stuff you don’t need to care about).  So cold I didn’t dare go into the beach with my pants off, although her being so beautiful so tempting (a bit of sexual slur you may or mayn’t get).  So I let my family do this thing for me, while me being photographer equipped with my new A6000 (mounted with cheap kit lens though).

But Vietnam beach is a funny place that the beach seems to keep me just a footstep apart to the South China Sea she guards. June last year, I went to the same place, and the same beach. I couldn’t step into the water either. Then was the sun, shinning so hard that make the beach too hot (nearly 42 Celsius then) for me to step out of my tent.

Vietnam Da Nang is so spacious that I can feel too much to be useful to me time to time. Like this time, when the hotel resort gave my family a free upgrade to a 3-storey villa.  For just 4 people!  The third floor was a cockloft with its own bedroom, TV-room, kitchen set, and bathroom.  An L-shape cockloft with a triangular window under each side of the garble.  When I stepped onto the naturally under-lit cockloft, the only thing I could see shining was the triangular window panel facing southwest. It made the cockloft even more haunting.  Triangle is a symbol of fright and something related to death. And I am getting more superstitious with age. So I stepped down, and the whole cockloft was left untouched, unstepped in our whole staying.

Vietnam Da Nang this time was a notch too dark everywhere. It might be the weather (overcast oftimes).  It might be the trees on the Marble Hill. Making every cave there allegory to something creepy, which was supposed to be a pilgrimage for peace and Karm. Making my son uneasy wherever he went, even just a children ride into a cartoonish forest (but full of insect-eating plants).  Making every thing hinting where we should wait for our bodies to decompose and decay.  Marble.  Some religion says it’s path to heaven.

It might be  more than the weather. Even in the hottest sun, we were visiting My Son, which had been the pantheon of ancient IndoChina before the French came to the burning and looting and destroying, in the name of modernisation. A place I could only smelled of blood, so ghostly even under the scorching sun. A place where my attention was caught by nothing but the human artefacts left intact, except beheaded.  A place where I taught my son it was difficult for the western culture to accuse ISLS’s destruction of Syria, when “you see, they did exactly the same wherever they went at the zenith of imperialism".

It might be the book I read on the flight to and from. Thus Saith Zarathustra. In Chaper XI, The New Idol, when Nietzsche said “A State, is called the coldest of all cold monster. Coldly lieth it also; and this lie creepth from its mouth: “I, the state, am the people." What Can or Cannot be Said by John Cusack and Arunadha Roy, where Roy said, “Is it shocking that Barack Obama approved a “kill list"? What sort of list do the millions of people who have been killed in all the US wars belong on, if not a “kill list"? “What sort of love is this love that we have for countries? What sort of country is it that will ever live up to our dream? What sort of dreams were these that have been broken? Isn’t the greatness of great nations directly proportionate to their ability to be ruthless, genocidal? Doesn’t the height of a country’s “success" usually also mark the depths of its moral failure?"

And what about my failure? This year? What should I feel is right when my so-called comrade waves the flag of a Rockiesque Donald Trump as saviour of Hong Kong? Should I ever mention Hong Kong again? A place I begin to feel ashamed of? In hotel I met an American couple, who after I told I’m from Hong Kong, asked me, “Is it horrible in HK now?" My reply is “I haven’t much caught up with what’s going on there?" He asked “Is it because you live in US?" (OK. at least this time is US, not 戀英青 anymore). He replied “No, I simply shut myself out of the news channels there." How shameful I am. According to Roy, I can also be classified as refugee as I was exiled from everything I have ever known, my language, my history, as long as I am not waving any flag of any country, or any team, not even Arsenal.

The driver I hired could not speak much English or Chinese. So we kept google translating with each other (thanks Google). But he played on his car some very old Cantopop, singer all dead. Anita Mui. A titled song of 英雄本色3 夕陽之歌, then and there did I remember it was a film long ago shot in Vietnam. Driver complemented with Google it was Hoi An, very close to Da Nang. It was a time when HK production dared to shoot a 30 min. slaughter in an ancient city anointed UNESCO heritage asset, i.e. Archaeological Superstar, a term I mentioned when I told my son.  A song that suddenly triggered my nostalgia that I told myself repeat and repeat I should never indulge myself into. Past is Past. It’s shit now. Past glory can never compensate Present Shit. What we can do is now try making it less shit. Which I haven’t dowse myself up to do yet.

I may never do. I should wait for mine to decompose and decay. And step on the stairway to heaven. I believe even Atheist has his own heaven. I do. 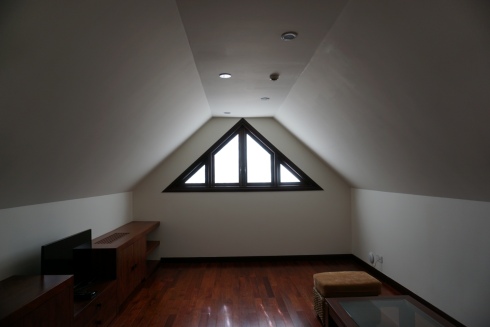 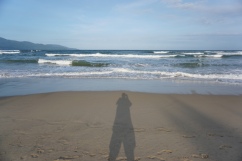 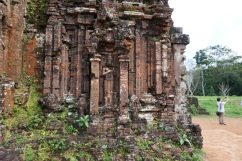 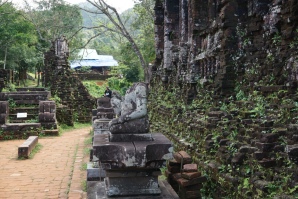 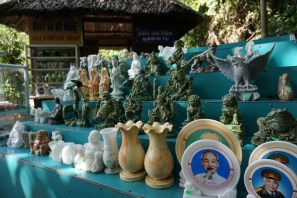 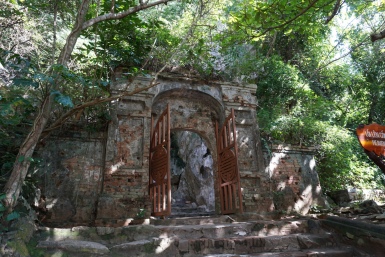 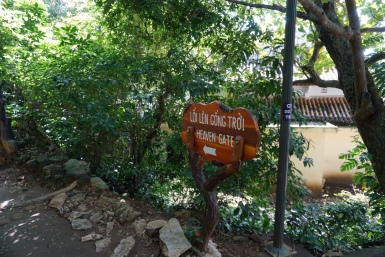 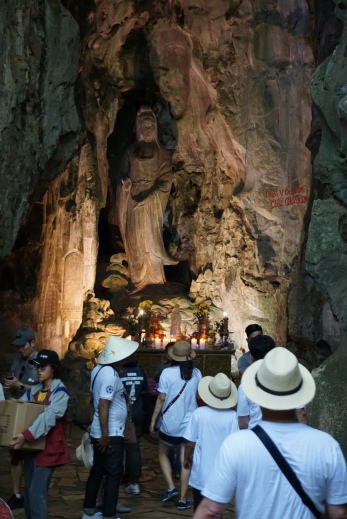 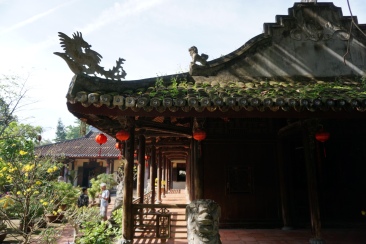 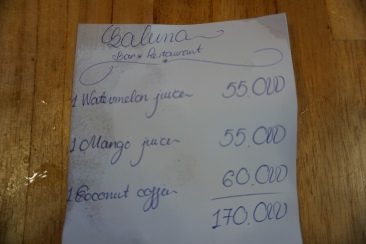 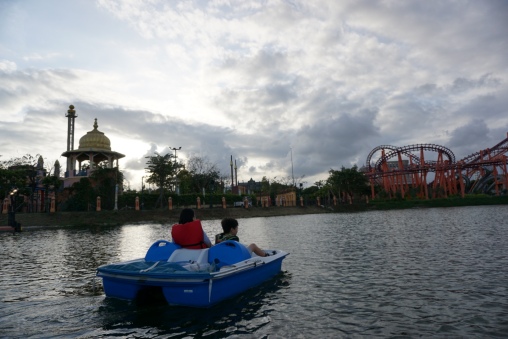 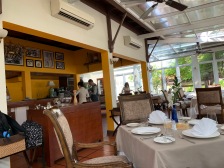 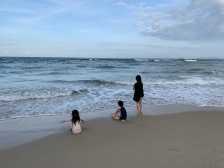 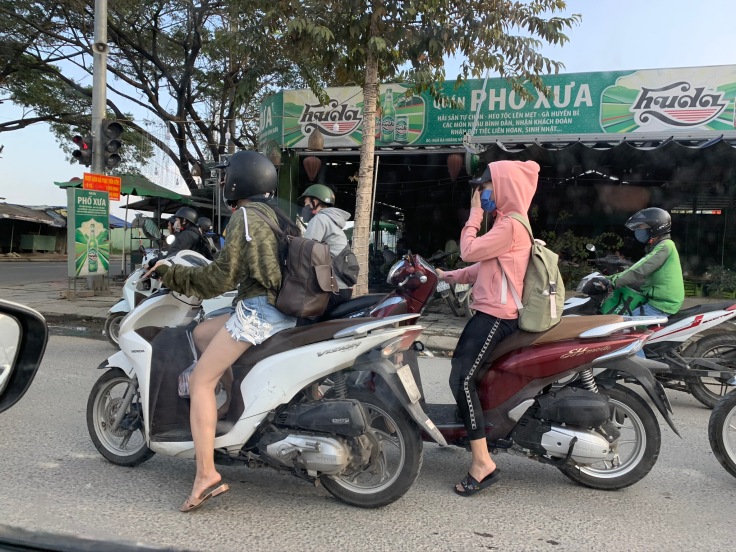